The Archbishop of Canterbury, Justin Welby, has told the House of Lords that the current situation in Afghanistan is caused by political and not military or diplomatic failure. He asked whether the government would confirm that their policy to allow Afghan refugees to come to the UK would reflect moral obligation and not be controlled by numbers. He said: “Recovery and hope will come to Afghanistan with us supporting commitment to the neediest and most desperate. We have proven capabilities in soft as well as hard power.” He also said that the UK must help religious minorities in Afghanistan. Meanwhile, more than 100 churches from across the country have joined forces to help Afghan refugees settle in the UK. The Christian charity Welcome Churches, with the Hospitality Pledge, both of which encourage the Christian community to support refugees, have launched an emergency call for churches to join their support efforts, especially those based in areas where the resettlements are going to be.

Christian Aid is calling on the UK government and international community to help the people of Afghanistan after the Taliban takeover. They want the UK to suspend immediately all deportations of Afghan asylum seekers and refugees from the UK, and to “open safe and legal routes for those fearing persecution”. They are also urging the government to work closely with the United Nations and donors, to ensure that humanitarian assistance is provided to those most in need in the face of a rapidly worsening humanitarian crisis. The aid agency has been working in Afghanistan for 30 years and says it will not desert the Afghan people now and will do all it can to continue distributions of food and emergency supplies. Christian Aid is also hosting senior church leaders from across British and Irish denominations for a prayer event for Afghanistan and Haiti at 5pm on Thursday 19 August. The date is usually celebrated as an Independence Day national holiday in Afghanistan to commemorate the Anglo-Afghan Treaty of 1919 and relinquishment from protected state status. The treaty granted a complete neutral relation between Afghanistan and Britain.

English cathedrals made £235m contribution to economies affected by pandemic

England’s cathedrals have been badly affected by the pandemic, with visitor numbers falling by 75 per cent in 2020, compared with 2019, according to a report commissioned by the Association of English Cathedrals. It also found an 80 per cent fall in income from the use of cathedral facilities and a drop in the midweek average number of worshippers, down from 362 adults to 84, with corresponding drop in giving. The report says that while 75 per cent of cathedrals’ social projects were halted by closures and restrictions, new services such as food deliveries, shopping and online face-to-face pastoral support, developed. The report, The Economic and Social Impact of England’s Cathedrals, says that in 2019, England’s 42 Anglican cathedrals contributed £235m to their local economies. They provided 6,065 full-time equivalent jobs and volunteering posts for 15,400 people who gave 906,000 hours of their time. Dean Adrian Dorber, chairman of the executive of the Association of English Cathedrals, said: “Cathedrals stand at the heart of their communities and regions — places of faith and worship, welcome and service, wonder and education. By our welcoming and inclusive ethos, millions are drawn to our cathedrals every year. It is touching to receive so much public attention and endorsement.”

Pope urges people to get vaccinated against Covid-19

The Pope has urged people to come together and get vaccinated. In a three-minute video released on Wednesday, he stressed the importance of a receiving a Covid-19 jab to change the course of the pandemic. He praised the work of researchers and scientists in producing safe and effective vaccines and that getting one was an “act of love”, as was helping others to do the same. The Guardian explains that Pope Francis has faced scepticism about vaccines from traditionalist cardinals, including from his staunch critic, the American cardinal Raymond Leo Burke. Burke, who has also expressed scepticism over social distancing measures, last week announced on Twitter that he had “recently” tested positive for Covid.

The Bishop of Plymouth, Nick McKinnel, has paid his respects to the five people murdered, and their killer, at a memorial service on Wednesday. The Telegraph reports that the bishop led 200 mourners at the Minster Church of St Andrew in prayer. Many of them knew the victims or were from Keyham where the shootings took place. He asked for a minute’s silence to remember them and “the man who murdered them, Jake Davison”. He called for change and lamented the need to always “point the finger”. He said anger should instead be directed at those who “disseminate hate and feed on the insecurities, isolation and bitterness of confused and sick people”. A fireworks display planned for the city on Wednesday night was to include the release of five heart-shaped fireworks. The previous day, a vigil with bereaved families and mourners as held at the Cathedral Church of St Mary and St Boniface in Plymouth, at which a message from Pope Francis was read, where he spoke of spiritual closeness to those affected by the shootings and his blessing to all concerned.

An antisemitic campaigner who once compared Auschwitz to a “theme park” has had her jail sentence increased to 32 weeks after she lost her appeal. The Daily Mail reports that Alison Chabloz-Tyrer, 57, was convicted of using “grossly offensive terminology” on a US podcast and had been given a suspended prison sentence in May 2018. She then appeared at Westminster Magistrates’ Court, where she denied but was convicted of sending further grossly offensive comments on a public communications network. Chabloz-Tyrer was jailed for 18 weeks in April this year and appealed against her conviction at Southwark Crown Court. Her appeal was rejected and her sentence increased to 32 weeks after a judge activated part of the earlier suspended sentence.

Germany’s health minister has criticised the Roman Catholic Church for its refusal to bless same-sex unions — but says his religious faith remains strong. Jens Spahn, who married his husband, Daniel Funke, in 2017, told Bunte magazine that his relationship with the church was difficult at times and that as a gay man he was aware of “the many mistakes the church has made in its long history”. He said: “There are priests who bless guinea pigs and motorcycles, but two people who love each other and are believers wishing for a blessing for their promise to be there for each other all lifelong are being rejected by the church.” Mr Spahn, who has appeared regularly on German media since the start of the pandemic, added that while the church’s stance bothered and annoyed him it did not lead him turning away from his belief or the church.

On Wednesday, Muslims all over the world observed Ashura, a holy day of great religious and historical significance. Shia Muslims see it as the climax of the remembrance of Muharram and the martyrdom of Husayn ibn Ali (the grandson of the Prophet Muhammad) at the battle of Karbala. The day is also a holy day of mourning observed primarily by Shia Muslims. For the Sunnis, Ashura is the day Moses fasted to show his gratitude for the freedom of the Israelites. Other Muslim sects spend the day fasting and meditating. 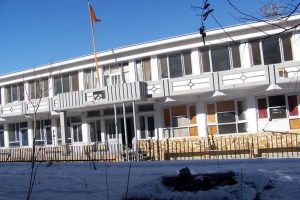