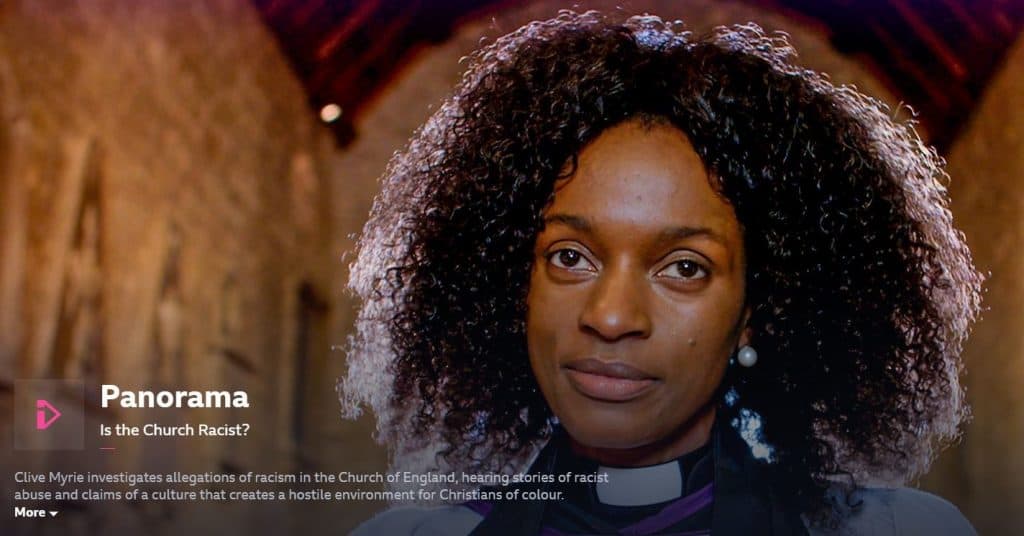 The Church of England is facing accusations that it paid off people who complained about racism. The allegations were outlined in a BBC Panorama programme last night, when Dr Elizabeth Henry, the church’s former race relations adviser, said people who complained about racism and left with compensation, were told to sign non- disclosure agreements. One case involved a young black member of staff who was sent the image of a banana with his face superimposed on it, but this was not deemed racist. The man left. Dr Henry left her role because she said the church was slow to take action despite numerous reports about racism. In October last year, the church commissioned a task force report on race relations, which will report on Thursday, amid speculation that there will be quotas for BAME clergy to attend training courses, and changes to the way bishops are appointed. In response to Panorama, the Bishop of London Sarah Mullally tweeted that the people who gave interviews showed great courage and the church must confront allegations of racial abuse.

The Catholic Church in Ireland is taking legal advice after a new law that makes attending a religious service illegal, as the nation battles the coronavirus. The measure was passed last week and applies to indoor gatherings of all types except weddings and funerals. The penalty for breaches is a fine of €127 or up to six months in jail. The Archbishop of Armagh, Eamon Martin, said the church was taken by surprise by the ruling and he is seeking an immediate meeting with government ministers. He described the law as “provocative and formally enacting a potential infringement of religious freedom and of constitutional rights”. Leaders from six denominations met the taoiseach, Micheál Martin, on Thursday, but a report of the meeting indicates this measure was not discussed. The daily average number of new cases has fallen to 366, with 17 per cent of the population having had one vaccination.

Commons motion to declare China’s treatment of Uyghurs is genocide

The Muslim Council of Britain is advising people to write to their MPs urging them to support a Commons move to declare China’s actions again the Uyghur people as genocide and to take action to stop it. The motion is being proposed by Nus Ghani, the Conservative MP for Wealden. The MCB’s suggested letter says the motion, once passed, “will be a significant moral and diplomatic statement, paving the way for further substantive action under international law”.

Research into changing religious rituals during the pandemic indicates that people who viewed services online felt the experience was worse on almost every measure tested. Initial findings from the research by Manchester Metropolitan and Chester universities said people missed most the music and communal activity and many found online substitutes were not as meaningful, inspiring or spiritual. The research found a noticeable gap between the experience of ritual leaders and participants, especially in the Church of England, with participants reporting a substantially more negative experience of ritual. Those between the ages of 18 and 40 had a noticeably worse experience of religious ritual than older people in a number of different measures. The project lead, Dr Joshua Edelman, said “the idea that younger people were more comfortable with technology has led people to think that digitisation of religious life serves younger people better. From our work, that doesn’t seem to be the case.”

The Muslim Council of Britain is seeking support from council candidates in May elections, to a list of policy pledges helping Muslim communities. It says British Muslims have been disproportionately impacted by Covid-19 with a lack of access to healthcare and opportunity. Among the pledges are: urging candidates to tackle Islamophobia, defending the right of Muslims — and people of all faiths — to express their faith, investing in young people and encouraging employers to adopt the living wage.

TikTok Sunny shines a light on his Sikh faith

Sunny Osahn, a voiceover artist from Leeds, has gained a huge following on TikTok after using the platform to teach people about the Sikh religion and culture. Sunny, 37, the father of two young children, joined the platform to explore and share his voiceover work. But after hearing stories of Sikh boys being bullied for having long hair, he realised he could use the app to address the problem. In Sikhism, kesh is the practice of allowing hair to grow naturally out of respect for the perfection of God’s creation. Sunny started to post videos of how he ties his hair, how to wear a turban, and explanations of belief and the idea of God, and was astonished to reach more than 100,000 followers, with his videos being viewed eight million times. See our full report here 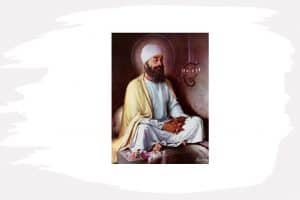 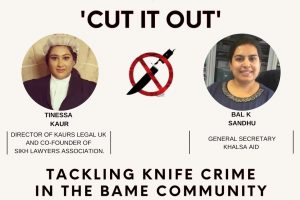