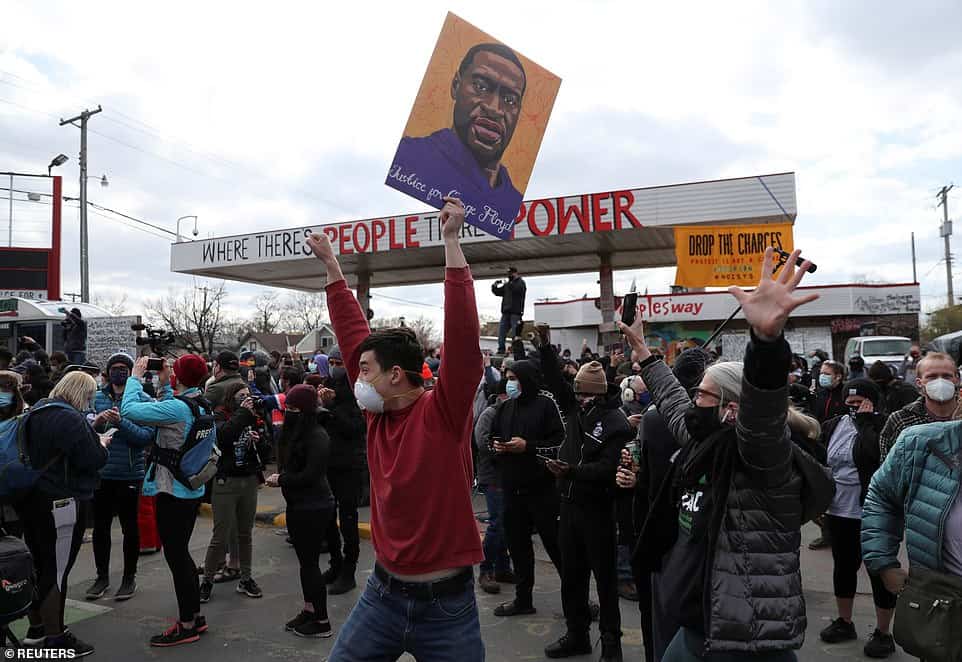 The former Minneapolis police officer, Derek Chauvin, has been found guilty of second-degree murder, third-degree murder and second-degree manslaughter for killing Gorge Floyd, by kneeling on his neck for more than nine minutes. Churches responded by posting prayers on social media and arranging services focussing on ending racism. The murder, in May last year, shocked society and led to black lives matter protests around the world and widespread anti-racism debate. The civil rights leader, the Rev. Al Sharpton, welcomed the guilty verdict, but warned “the war’s not over”, as one guilty verdict does not solve systemic racism and police brutality.

Antisemitic abuse was rife on social media in response to the proposal to set up a European Super League. Six English premier league clubs were involved – Manchester City, Manchester United, Liverpool, Arsenal, Chelsea and Spurs.  Several owners and a chairman of one of the clubs are Jewish and the tweets referenced the holocaust and greed. The Jewish Chronicle quotes the Campaign Against Antisemitism: “The beautiful game has some very hideous fans, and they are out in force on social media objecting in the most grotesque fashion”. Action Against Discrimination’s chair Jonathan Metliss, said: “This is deplorable behaviour and reinforces our campaign to eradicate antisemitism in football, whether at the ground, in grassroots football or on social media”.

The two Church of England Archbishops say that confidentiality agreements when people leave church jobs should not be used. They spoke out after BBC Panorama reported that these agreements had been used to silence staff who left complaining of racism. Justin Welby told Times radio that the practice was shaming. On Twitter, Matthew Chinery, the Head of Legal Services in the Church in Wales, explained that settlement agreements when people leave are often “off the shelf” and include standard clauses on confidentiality. He says the church needs to give a clear steer on what properly needs to be kept confidential and what does not.

Professor Richard Dawkins, author of The God Delusion, has been stripped of the humanist of the year award by the American Humanist Association, after his comments on transgender rights. In a tweet on 10 April, he said: “Some men choose to identify as women, and some women choose to identify as men. You will be vilified if you deny that they literally are what they identify as. Discuss.” The American Humanist Association said the statement demeaned marginalised groups. The Times reports that Dawkins, aged 80, said that the loss of the award would have little practical effect on him because he had never used it.

A commission is being set up by the Church of England to look at the crisis in the UK care system for the elderly, vulnerable and disabled. It is the third such group to emerge, following commissions on housing and families. The church says it will shape how the country should respond to ageing and disability, support churches in their pastoral work and influence public policy over the provision of care.

Teachers and politicians in Quebec allowed to wear religious symbols

Reuters reports that a court in Quebec is relaxing rules around wearing religious symbols, such as hijabs and turbans. In 2019, Quebec ruled that all public servants should not wear religious symbols. The most recent decision allows some teachers and provincial politicians to do so, but still restricts police officers, judges and other civil servants. The law has been challenged by several lawsuits which argued it was discriminatory and unconstitutional. Several Muslim women said they were refused teaching jobs because they wore a head scarf, or hijab. The Quebec government has said the law was designed to preserve secularism in the mainly French-speaking province. Quebec province said it will appeal.

Florida rabbi sets up “Scubi Jew”, an organisation to clean up the oceans

A rabbi in Florida has founded an organisation called “Scubi Jew”, to encourage students to clean up and restore the ocean, as it is God’s creation. Ed Rosenthal tells the Religion News Service that he was hooked after a snorkelling expedition in 1982. Seeing debris on his shoreline, he set up a scheme to give certificates to students who dive and clean up the ocean. He has now set up “Tikkun HaYam”, the first Jewish marine conservation organisation in the world. He says the sea generates half the planet’s supply of oxygen yet: “We treat the ocean like a garbage dump”. Cleaning the waters, he says, is a religious experience.