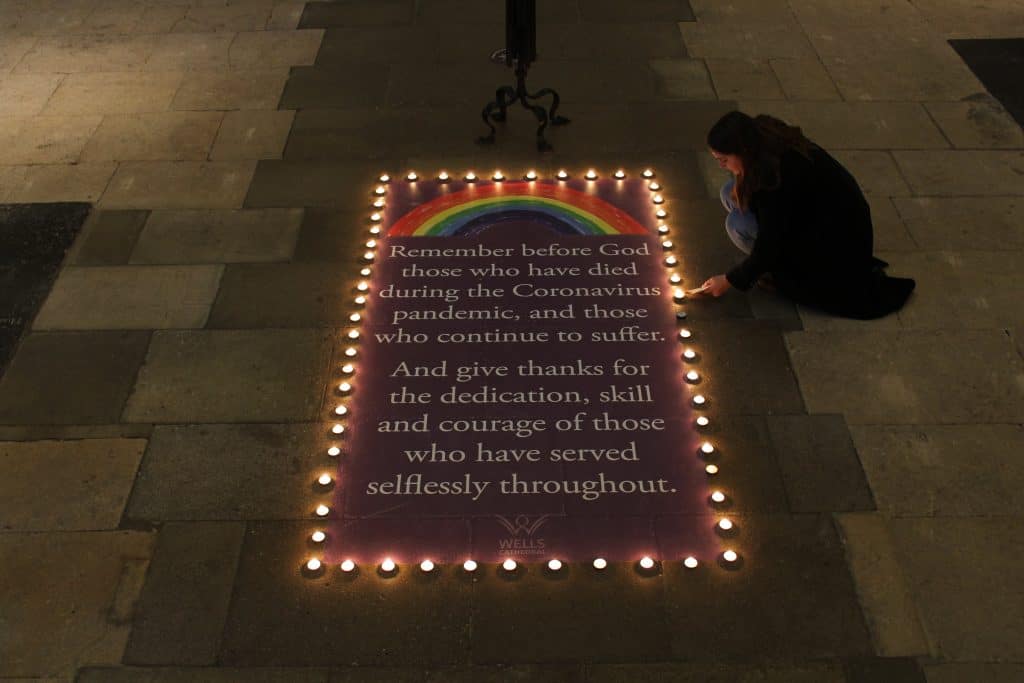 National Day of Remembrance for those suffering from Covid-19

Today (Tuesday 23 March) at noon Britain is invited to fall silent for one minute to remember those who have died, suffered and been bereaved by the coronavirus pandemic. Eighty faith leaders have pledged support to the National Day of Reflection, pioneered by the Marie Curie cancer charity. Cathedrals will offer services of reflection and the opportunity to light a candle. Yellow ribbons will be tied to trees and church bells will toll in a nationwide moment of respect.

The UK, European Union, USA, Canada, Australia and New Zealand have imposed sanctions on four Chinese officials accused of abuse against the mainly Muslim, Uyghur population. The named officials face travel bans and asset freezes. The action follows reports that China has detained Uyghurs at camps in the northwest region of Xinjiang, amid allegations of torture, forced labour and sexual abuse. China has denied the allegations of abuse, claiming the camps are “re-education” facilities used to combat terrorism.

An independent report on the Rev Jonathan Fletcher, the former vicar of Emmanuel church Wimbledon, has outlined evidence of naked massages and saunas, forfeits including smacking with a gym shoe, ice baths and a sex act. The report, by the independent safeguarding group Thirtyone:eight, says the actions showed a gross abuse of power that were unacceptable and inappropriate for a minister. Fletcher, a prominent evangelical preacher, was asked to respond to the inquiry, set up by the church, but declined to take part. He has never been charged with any offence. The report says some church officers knew of the behaviour but did nothing. The present church leaders issued a statement saying they were profoundly sorry for every life that had been adversely affected by his actions.

As Europe squabbles over the distribution of Covid-19 vaccinations, faith groups have combined to campaign for the whole world to have access to the vaccine. The VaccinAid campaign, led by Unicef, has attracted support from many faith groups including the Church of England, which is asking for voluntary donations to help pay for jabs around the world. The aim is to fund two billion Covid-19 vaccinations for health workers and the highest-risk and the vulnerable. The Archbishop of Canterbury Justin Welby said supporting this venture would be a practical demonstration of loving your neighbour.

Five people are feared dead and at least 20,000 people displaced after a huge blaze engulfed shanty homes at Rohingya refugee camps in southeastern Bangladesh. It is the third fire to hit the settlements in four days. Almost one million Rohingya, mainly Muslim, people decamped from Myanmar to a squalid camp at Cox’s Bazar in Bangladesh after the military crackdown in their homeland in 2017. One witness said they had lost everything twice.

Church of Scotland renews connection to the Crown

Prince William has been appointed as the Lord High Commissioner pf the Church of Scotland for a second year. Other members of the royal family have previously held the position. The appointment means he is the sovereign’s personal representative to the annual general assembly of the Church of Scotland, this year on 22 May. He makes the opening and closing addresses and carries out a number of official functions. The Church of Scotland was born in the Protestant reformation, but is not part of the Anglican church.

A parents’ association and Islamic organisations in Tower Hamlets, London, have taken legal advice to resist the introduction of relationships and sex education teaching in schools. The joint action incudes East London Mosque and Tower Hamlets Council of Mosques. They say the majority of pupils in the borough are Muslim and the proposed curriculum guidance does not reflect the community. The council says the proposed curriculum is designed to build a healthy and safe society. But the advice on how to teach awareness of LGBT relationships and puberty in particular has caused a backlash.