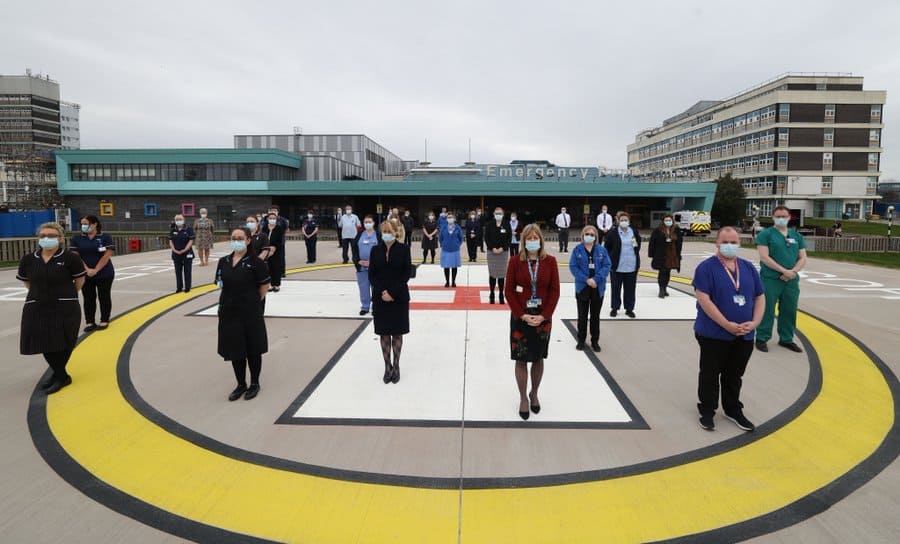 Cathedral bells tolled, families fell silent, prayers were said and at 8pm there was a new ritual — shining lights into the sky to remember the 126,284 people in the UK who have died from Covid-19. This was a national act of solidarity similar to the clap-for-the-NHS evenings at the start of the pandemic, which caught the public’s imagination and widespread support. The Archbishop of Canterbury said on Radio 4’s Thought for the Day: “An anniversary is a time to lament, to mourn, to sit and weep for what could have been and is not. Pause for a while today, remember what has been lost, above all who has been lost.”

Powerful male conservative evangelical preachers should not be given celebrity status

The report into allegations of abuse and bullying by the prominent evangelical vicar, the Rev Jonathan Fletcher, has made wider observations for conservative evangelicals. It said that his bullying behaviour was known within Emmanuel Church Wimbledon, but no one did anything about it. The report says conservative evangelicals should avoid giving preachers “celebrity status”. The pattern of affording privileged speakers predominance at events should be changed. Churches should be aware of perpetuating a ministry of powerful men and that the power imbalance can make adults vulnerable. Emmanuel felt it was independent from Southwark diocese, which it regarded as liberal. But the report says theological separation can be harmful to the disclosure of abuse. Any cleric guilty of abuse should have their holy orders revoked.

An independent report into Sheffield Cathedral, where four music directors resigned in five years and the entire choir was sacked so it could become more diverse, has concluded that bullying and blaming was tolerated and left people scared of speaking out. It said there was no meaningful consultation over the closure of the cathedral’s choir, an episode that was handled “appallingly”. Afterwards, the dean resigned on health grounds and the bishop commissioned this report. He said the cathedral’s governing body should give serious consideration to issuing an unreserved apology for the hurt caused by the choir’s closure. The acting dean and chapter say they are learning the lessons and making positive and constructive progress.

Iceland has recognised Judaism as a religion. The Jewish Chronicle reports that this follows a lengthy campaign by Rabbi Avi Feldman on behalf of Iceland’s Jewish community of 300. Most live in Reykjavík, but there are Jews in many smaller towns and villages. They have held a Holocaust memorial service and a menorah — a seven-branch candelabra — has been placed in Reykjavik city centre.

Northern Ireland secretary will force abortion law to be upheld

The government has published regulations allowing the Northern Ireland Secretary to compel the implementation of abortion laws. Abortion was decriminalised in 2019, but Brandon Lewis, NI Secretary, said the government is “disappointed with the continuing failure to commission abortion services”. The government had a responsibility to uphold the rights of women and girls. The Catholic News Agency said the DUP warned the Northern Ireland Office against legislating on a matter which is wholly devolved and said it would vigorously oppose such steps.

The Council of Europe’s anti-racism commission’s annual report says there had been an “overall regression in human rights in Europe”. The report identified key challenges of the disproportionate impact of the Covid-19 pandemic on vulnerable groups, tackling deep-rooted racism in public life, combating anti-Muslim racism and antisemitism in the face of terrorism and addressing the backlash against the protection of human rights of LGBT+ people. During the pandemic, there had been a rise in antisemitic conspiracy theories on the origin of the virus, and Asian-origin people had been targeted. The report also underlined a “dangerous spiral of inter-related forms of racism” against Muslims as well as violence against Jewish people. Pointing out the resurgence of terrorist attacks by extremists in Germany, France and Austria, the report warned that they would “spark further intolerance and discrimination against Muslims”. It called for relentless action to dismantle racism.