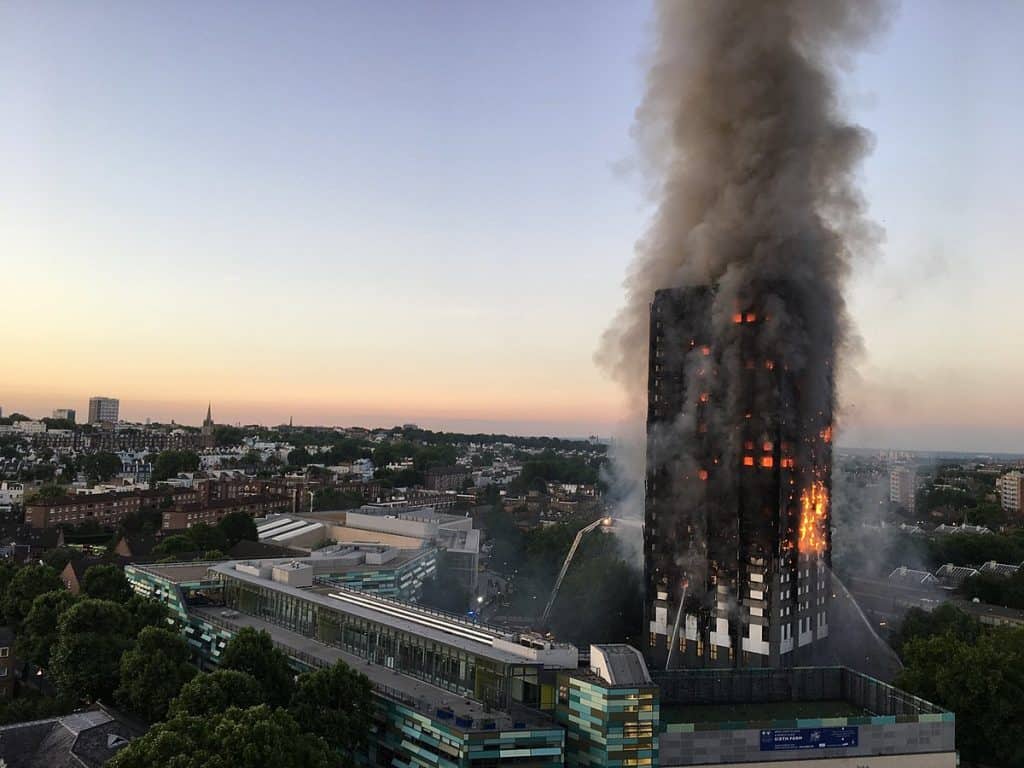 The bishops’ united opposition to legislation forcing flat-owners to pay to remove dangerous cladding has failed to stop the measure. The Fire Safety Bill was approved by the Commons despite attempts by the Lords to stop it. The government insists that leaseholders will not bear the cost, but critics say the bill will leave people liable for costs of up to £50,000. The Bishop of St Albans said people living in dangerous high-rise buildings could not sell and are now confronted with the cost of making the property safe. Graham Tomlin, the Bishop of Kensington, whose area includes the Grenfell tower, tweeted that he was very disappointed the law had passed.

Pope Francis has issued anti-corruption rules that prevent any Vatican employee from accepting a gift of more than €40. Senior management and administrators will also have to declare that they are clear of convictions or investigations regarding terrorism, money-laundering or tax evasion. And they will be prohibited from placing assets in tax havens or investing in companies whose principles are against the church’s doctrine. Vatican News report here

In India, the death toll from Covid-19 has surpassed 200,000, with fears that this is an underestimate because many deaths have not been recorded. More than 17.9 million cases have been registered. Dr Ashita Singh, head of medicine at Chinchpada Christian Hospital in a remote part of Maharashtra state where Mumbai is the capital, told the BBC that the virus had now come to rural areas. Infrastructure is lacking, poverty and illiteracy is rife, there is a lack of access to basic healthcare and mistrust of modern medicine. People have sought help from witch doctors: “’We have a lot of patients who have marks on their abdomen because they first went to the witch doctor who gave them hot iron branding in the hope that the evil spirit that is supposed to be causing this illness will be exorcised,” she said. People usually came to her hospital as a last resort when they were too sick to save.

A report into the care of elderly Muslims is urging that greater attention is paid to this sector as the numbers will quadruple from 2011, to more than 450,000 by 2036. The report, Elderly and End-of-life Care for Muslims in the UK, says the change requires forward planning and investment from public services and Muslim civil society. It suggests two areas of work: influencing mainstream state provision so that it is appreciative of religious values in wellbeing and care; and preparing for faith community initiatives that complement state provision. The report is by the Muslim Council of Britain, in collaboration with Cambridge University, and says there are unmet needs among Muslims for end-of-life care with poor uptake of advanced care planning and hospice services.

A Church of England report recommends creating partnerships with further education colleges where 2.2 million students study practical and vocational studies. The report, Vocation, Transformation & Hope, says the church has lacked engagement with the sector, but the skills education it offers is vital for the future economy including new technology sector and the services industries. It says new partnerships should become a core part of planning, as further education colleges are anchored in communities, bringing people together and enriching local life.

US Catholic bishops may press Biden to stop taking communion

American Catholic bishops are preparing a document which, if approved, would refuse communion to someone who advocates abortion rights. President Joe Biden’s stand on abortion has long angered conservative Catholic bishops. But the Associated Press reports that this latest manoeuvre would not affect the president. It would give individual bishops to right to decide whom to serve and those in charge where he worships, have made it clear that he may continue to receive communion.

The Museum of Methodism at Wesley’s Chapel in London is curating an exhibition to showcase the influence of black British and Asian church leaders. In preparation for the Leadership on a Journey exhibition, the museum is asking people to send a photograph of themselves or a person they want to nominate for the exhibition, and the shoes they wear to do their work in whatever walk of life. The Rev Dr Jennifer Smith says this will illustrate that leaders are not superhuman and the longest journey begins with one step. Shoes donated so far include those of John Wesley, the founder of Methodism, and the theologian Dr Inderjit Bhogal.