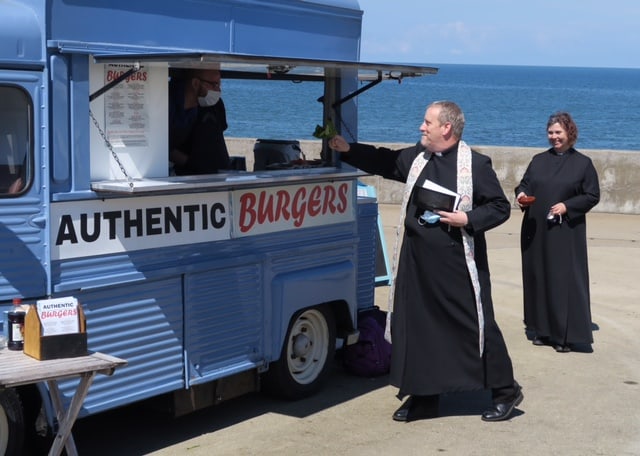 G7 foreign ministers from the UK, the United States, Canada, France, Germany, Italy and Japan, meeting in London, accused China of human rights abuses and said they were “deeply concerned” by China’s treatment of the Uyghur Muslim population and other minorities. Reports have said there is mass internment for Uyghurs in “re-education” camps, forced labour and forced sterilisation. But the Associated Press reports that the G7 committed only to tackling forced labour “through our own available domestic means”, which could range from public awareness campaigns to laws for businesses, rather than through collective action. The UK is due to host the group’s leaders at a summit in Cornwall in June.

Usman Maravia, a Muslim academic at Lancaster University, has written a defence of the Covid-19 vaccine, after online discussions that show vaccine uncertainty for Muslims during Ramadan, a period of fasting. He seeks to address the fear that injecting substances into the body could potentially invalidate the fast. He says such fears are inapplicable to the three Covid-19 vaccines which do not pass into the body via the throat, and do not reach the stomach nor the intestines. These differences need to be clearly understood by Muslim faith leaders as well as health professionals working with Muslim patients, he says. He also suggests that a night-time Ramadan vaccination drive would also be helpful as part of the solution against Covid-19.

The Church of England has produced a new five-session course for all parishes to use when they debate Living in Love and Faith, the church’s report on sexuality. The discussion was meant to happen throughout 2021 to broker deeper understanding between the opposing views of those who accept same-sex relationships and fundamentalists who oppose. But the Church Times reports that “there is anecdotal evidence of a reluctance from liberals and conservatives to engage in discussions with others who are perceived to be hostile”. The new discussion materials released yesterday seek to help people to acknowledge prejudice, address ignorance, admit hypocrisy and pay attention to power.

Ninety-three German Roman Catholic parishes have declared they are ready to bless same-sex marriages, in defiance of an edict from the Congregation for the Doctrine of the Faith, that the answer should be “No … We do not bless sin”. The Tablet reports that this defiance represents one-third of German priests. They are calling for all supporters to observe a day of action on 10 May, when all churches can support the cause, for example by displaying rainbow flags to show the diversity of believers. The campaign group says: “Part of the reality of this church so far is that a blessing celebration for homosexual couples and for people who fall in love again after a broken marriage must usually take place in secret. However, a blessing through the back door is shameful.”

The Church of Scotland Assembly Trustees report that 95 per cent of “Ministries and Mission Contributions”, amounting to £41.4m, was paid by congregations in 2020, despite the pandemic, meaning clergy have been paid and fixed costs covered. But the trustees warn of a difficult financial situation with a 30 per cent cut in spending, and a budget drawing into reserves in 2021. The Church Assembly opens online on 22 May with Prince William serving as the Lord High Commissioner, the Queen’s representative.

A burial site dating back one thousand years has to be moved as it is in the way of the HS2 railway route in Buckinghamshire. It’s reported that 3,000 bodies will have to be moved elsewhere from the abandoned medieval St Mary’s Church in Stoke Mandeville, which dates to 1080 and is now overgrown. Helen Wass, head of heritage for HS2 Ltd, said the work would shine a light on what life was like in the area and all artefacts and human remains removed will be treated with “dignity, care and respect”.

“Authentic burgers”, a new business in the Devon seaside resort Westward Ho!, was blessed by two clergy who sprinkled holy water on the entrepreneurs hoping to make the business succeed. Derek Arnold and Sue Davies-Fletcher were invited to pray for the business, which operates from the back of a van, after a “tough year for everyone in the tourism and hospitality industry”. The Diocese of Exeter backed the initiative: “We wish Tom and Oliver all the best with their new venture”. It seems this is not unique. A sister in Burnley took to Twitter to say that a priest blessed the new Aldi store in Burnley, also with holy water.