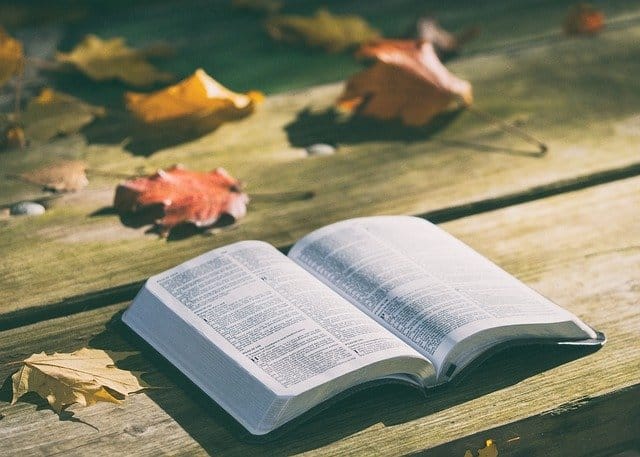 Schoolchildren, journalists and people of faith could be educated about scriptural passages in the Bible and the Koran that appear to promote violence and which are often wrongly blamed for causing people to commit acts of war and terror, according to the authors of a book published this week.

Many people think that if you take certain scriptures to be the word of God you are more likely to be violent than other people, says Dr Julia Snyder, a co-editor of Scripture and Violence. “We wanted to correct those assumptions and help people learn more about the connection between scriptural texts and real-world actions.”

Speaking at a briefing held by the Religion and Media Centre, the authors argued that assuming a causal link between violent texts and violent actions was over-simplistic and ignored the multiple economic, political and other motivations that lead people to engage in violence.

Dr Snyder said people worried particularly about Muslims committing acts of violence because of their reading of the Koran, but said there was also concern about Christians and Jews using their scriptures in a similar way.

“So if someone reads a verse from the Koran on the internet or on a blog, they think, ‘Oh that looks sort of scary.’ They don’t actually go and talk to people from Muslim communities to find out how they would tend to read that scripture. And if they did that then they would probably be a lot less worried about scriptures causing violence,” she said.

Co-editor Daniel Weiss said that while there was rarely a direct cause and effect between violent texts and violent actions, the scriptures had often been cited to justify violence that had already taken place. He pointed to the way in which British colonialists appealed to the biblical story of the Israelite conquest of Canaan to justify the expulsion of indigenous North Americans from their land. The Book of Revelation in the New Testament is used by some American evangelical Christians to justify their support for the role of the US military in the world.

In his chapter, Omar Shaukat, an expert on Islamist politics, interviewed actual and potential recruits to the Islamic State group (Isis) to find out whether the Koran had influenced their decision to join the organisation. He found the Koran had not played a significant part in persuading them.

“They themselves never really articulated that the reason for them being in Isis was solely derived from reading the Koran. People I interviewed had already been fighting with Isis for months before they started getting exposed to Koranic justifications for what they were doing,” he writes.

“If you’re saying Koran is the No1 motivator, then check yourself. Because there are a whole set of other motivating factors going on.”

Simon Perfect from the Theos think tank noted that some educationists had been pushing for reforms to the religious education curriculum in the UK which would give pupils a wider appreciation of the contexts in which scriptures were read. But, he said, some religious stakeholders appeared reluctant to support the changes for fear that they might lose their influence. The government was also reluctant to adopt the reforms, he said.

Dr Helen Paynter, director of the Centre for the Study of Bible and Violence at Bristol Baptist College, said clergy should not shy away from preaching about violent texts in their sermons.

“One of the things I’ve been looking at recently is the way texts are used in the nationalism debate,” she said. “In the radical right these tropes are trotted out and used as banners, but by and large there’s very little true commitment to the Christian faith underlying that. What I think preaching can do is to help make the church resistant to that sort of misappropriation.”

Scripture and Violence, edited by Julia Snyder and Daniel Weiss, is published by Routledge