Pentecost is a Christian festival that celebrates the giving of God’s Holy Spirit to Jesus’s disciples shortly after his resurrection and ascension back to heaven. It is sometimes known as the ‘birthday of the church’

Pentecost takes place on the seventh Sunday (or 50th day) after Easter Sunday, and so occurs on in May or June. It also comes 10 days after the feast of the Ascension, when the resurrected Jesus, having promised his followers that he would send his spirit, ascended into heaven.

Pentecost is linked to the Jewish Festival of Weeks, also known as Shavuot, which is celebrated at the same time and is both a celebration of the harvest and of the gift of the law to Moses on Mount Sinai.

What happened at the first Pentecost?

The story of the first Pentecost is told in the book of Acts in the Bible. Jesus’s disciples were gathered in a room in Jerusalem shortly after the resurrected Christ had ascended from them back to heaven, when the Holy Spirit descended upon them in the form of tongues of fire.

St Luke, author of Acts, records: “They were all filled with the Holy Spirit and began to speak in other tongues.” They went outside and began preaching the good news to the assembled crowds who understood them whatever their native language. Three thousand people were baptised. For that reason Pentecost is sometimes referred to as the birthday of the Christian Church.

The apostle Paul wrote in his epistles about the work of the Holy Spirit, which is manifested in prophecy, healing, and speaking in tongues. Later theology developed into the doctrine of the Trinity, with Holy Spirit as the third person in the Godhead.

Almost 1,900 years after this first Pentecost, a movement began within Christianity which sought to recover the miraculous and spiritual aspects of Pentecost, which soon gave it the name Pentecostalism. According to Professor William Kay, author of Pentecostalism: A Very Short Introduction, the movement originated with the Welsh Revival in the early 1900s, which saw tens of thousands of people become Christians during a year-long surge of apparent supernatural occurrences at churches. Its founders had links with those of the Azusa Street revival in Los Angeles which was a significant driver of global Pentecostalism.

“The Pentecostal movement attempted to bottle revivalism, which was disorganised and chaotic,” Professor Kay said. “So Pentecostal denominations come into being as structures to preserve and perpetuate the revival. But there was some resistance to their formation — on the grounds that you can’t really organise the Holy Spirit.”

The Azusa Street revival was led by William Seymour, an African American preacher, and his congregation was interracial. Pentecostal churches became more segregated as a result of racism and of Pentecostalism’s appeal among poor and underprivileged communities.

What about Pentecostalism in the UK?

The Pentecostal movement in the UK grew largely as a result of migration from the Caribbean in the 1950s and 1960s. “Some of Windrush Generation were already Pentecostalists who brought their churches with them,” says Bishop Joe Aldred of the Church of God of Prophecy. “Then they were joined by the much greater number of Anglicans, Baptist and Methodists who found they were not welcome in those churches in this country.”

The 1970s and 1980s saw further growth of Pentecostalism with the establishment of independent African churches, particularly in London. They include several so-called “mega-churches”, defined as churches with weekly congregations of more than 2,000.

“There is still growth but it’s not as exponential as it used to be,” says Dr David Muir, senior lecturer in public theology and community engagement at Roehampton University. “But the Pentecostal expression of Christianity is still lively, vibrant, democratic and participatory.”

“Pentecostalism as a term remains fluid,” says Mark Cartledge, principal of the London School of Theology. “Think of it as a spiritual tradition that plugs into many other Christian traditions including Roman Catholic and Anglican charismatic movements.”

Why do Pentecostals ‘speak in tongues’?

Pentecostal worship is characterised by extemporary prayer and preaching, healing, testimonies, prophecy and glossolalia or “speaking in tongues”, defined by Encyclopaedia Britannica as “utterances approximating words and speech, usually produced during states of intense religious experience”. Various psychological and linguistic explanations have been sought of this phenomenon which occurred in ancient Greek religions and continues to be practised in many indigenous religious traditions.

The Swiss theologian Walter Hollenweger distinguished between “hot tongues” and “cool tongues”, where hot tongues refer to an ecstatic outpouring over which the speaker has no control. “For most people it’s quite a controlled event,” says Dr Cartledge, who wrote his PhD thesis on the subject.

“Most people speaking in tongues may not know what they are saying in terms of linguistic understanding but they are completely conscious and can stop and start at any time. I’d describe it as a language of prayer with an affective component. It can be quiet contemplative speech which runs out into silence. It can also be expressed in impassioned praise, heartfelt petitioning of God and in some cases it is linked to the idea of spiritual warfare.”

In 2019 the Archbishop of Canterbury Justin Welby told Premier Radio that he prayed in tongues daily. “In my own prayer life, and as part of my daily discipline I pray in tongues — not as an occasional thing but as part of daily prayer,” he said. He added that he did not think it was something to make a “song and dance about” and that it was not usually an “ecstatic” experience.

Bishop Joe Aldred of the Church of God of Prophecy, [email protected] 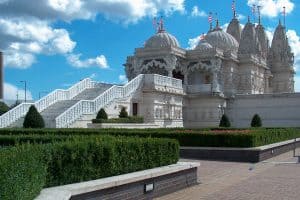 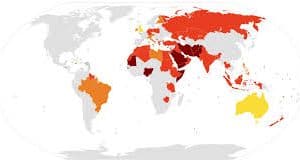 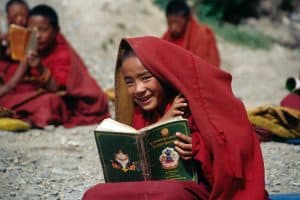